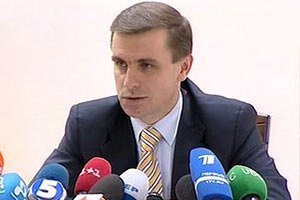 Russia has given its consent to the deployment of an armed police mission in Donbas, a high-ranking Ukrainian presidential aide said.

"Eventually, we will need consensus of all of the OSCE member states regarding the mission's deployment in Donbas. Russia has also agreed to this," presidential chief of staff Kostiantyn Yeliseyev told Interfax-Ukraine.

Kyiv has "distinct records of all telephone conversations," in which all of the Normandy format participants agreed to the deployment of an armed OSCE police mission, Yeliseyev said.

"The only thing I'd like to note is that the leaders did not discuss details, as this is up to experts and specialists to do to develop relevant proposals and submit them to the Normandy format leaders for endorsement," he said.

Certain agreements were reached during the last telephone conversation in the Normandy format, in the early hours of May 23, which have unfortunately not been implemented, as Russia has blocked and ignored all procedures planned in this context, Yeliseyev said.

"In particular, they refused to travel to Berlin, to attend consultations of experts in the Normandy format to discuss the political and security components for settling the situation in Donbas. They were unwilling to substantively discuss the deployment of a new armed OSCE police mission in Donbas, during the consultations in Vienna, between the Normandy format permanent representatives to the OSCE," Yeliseyev said.