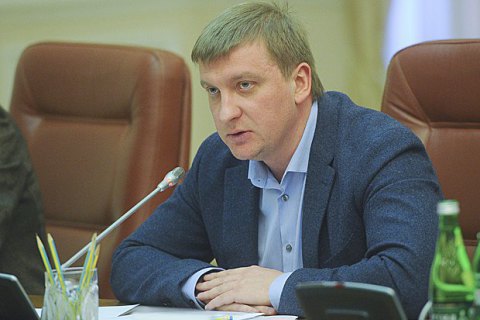 The reform of the Constitution bill, which is to be submitted to the parliament this week, may be the last chance to cleanse the nation's judiciary, Justice Minister Pavlo Petrenko said at the round table conference titled Judgement Thursday of the judicial reform: will the amendments to the Constitution pass? held jointly with the Reanimation Package of Reforms civic platform at the press-center of the Gorshenin Institute.

The minister admitted that over the past 25 years, the courts have been associated with harassment, bribery and bureaucracy. According to opinion polls, more than 80% of Ukrainians do not trust the courts, he said.

"The reform of Ukraine's judiciary is long overdue. The judicial system has had several opportunities to start the self-cleaning," Petrenko reminded. "The first opportunity was when the law On the renewal of confidence in the judicial system was passed and when judges were granted the opportunity to elect heads of courts. Unfortunately, it did not work out and 80% of the chairs of old courts got re-elected."

The adoption of the law on the cleansing of authorities provided another chance, but it was missed as well. "In fact, not a single judge has been lustrated under this law," said the minister.

"Now, we have probably the last chance for atonement," Petrenko said as the law on the constitutional reform of the judiciary has to be voted in on second reading and as a whole in the next session this week. The best-case scenario, according to Petrenko, would be an efficient vote on Thursday, 2 June.