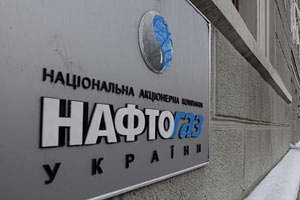 The price of Russian natural gas for Ukraine in the third quarter of 2016 should be lower than 177 dollars per 1,000 cu.m., said business development director of Naftohaz Ukrayiny Yuriy Vitrenko.

On his Facebook page, Vitrenko wrote that on the German market (hub NCG) the price of gas in July was below 173 dollars on 9 June. Vitrenko noted that the price of Russian gas supplied to Ukraine shall be determined by the formula "German transport hub minus transport cost from Russian-Ukraine border."

"In such conditions, we will not buy gas from Gazprom. We can buy all the gas we need on the European market, thank God we have no problems about that," Vitrenko wrote.

In the first quarter of 2016, Naftohaz imported gas from the European Union at an average price of 198 dollars per 1,000 cu.m., lower by 34 per cent year-over-year