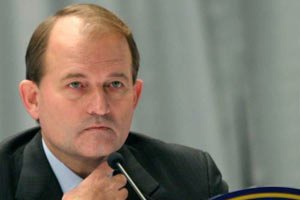 The "LPR" and "DPR" are looking for 946 people that they believe are in Ukraine, which they want to exchange for the Ukrainian hostages they hold, Viktor Medvedchuk said in an interview with Komsomolskaya Pravda.

"They are looking for 946 people in Ukraine. We have established the whereabouts of 602 people that representatives of Luhansk and Donetsk are interested in. Among them are those who have already been convicted, some cases are pending trial in courts, some cases are being investigated," said Ukraine's Special Representative for Humanitarian Affairs in the Trilateral Contact Group on the peaceful settlement of the Donbass conflict.

"The problem is that the ORDO and ORLO (separate territories in Luhansk and Donetsk oblasts) want to get a lot more people than they can offer in exchange. In addition, their representatives call on [the Verkhovna Rada to adopt] "an amnesty law". On 16 September, 2014 was adopted the law" On prevention of prosecution and punishment of the participants of the events in the territory of Donetsk and Lugansk regions." The bill, however, has never been signed by the Rada speaker and hence not submitted for the president to sign it into law. Even though the deputies have voted it in," he concluded.