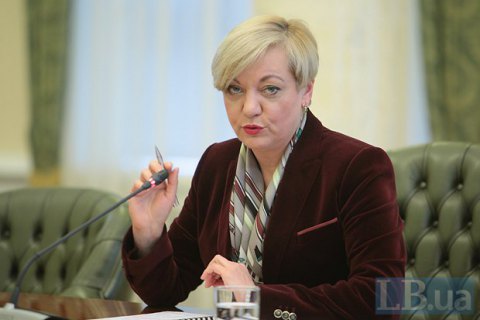 Ukraine has passed the peak of the crisis, the nation's central bank governor Valeriya Hontareva told a news conference on 9 June.

"The most difficult period of crisis is behind us, but the Ukrainian financial system is still extremely vulnerable to external shocks and internal risks. In the past two years, Ukraine's economy and banking sector have seen the most profound crisis in the history of independence." she said.

"The risks of financial in stability have dwindled. The macro economy is gradually restoring. We and independent analysts expect a level of economic growth this year," said the NBU chief.

Hontareva remarked that the annual inflation fell from the high of 60% a year ago to a one-digit figure.

She reminded about the substantial liberalization of monetary policy of the NBU, which also contributed to the stabilization of economy.

On 8 June, the World Bank said that Ukraine's economy returned to positive dynamics in 2016.