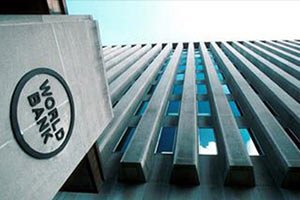 Ukraine returned to positive growth of 0.1 percent (year-on-year) in the first quarter of 2016, and the contraction of 9.9 percent in 2015 was not as severe as previously anticipated, the World Bank said in the 2016 Global Economic Prospects report.

According to the WB analysts, the recession in Ukraine "has bottomed out."

Following steep price increases in 2014 and 2015 associated with the devaluation of the hryvnia and price reforms, inflation slowed as the currency stabilized, enabling a lowering of policy interest rates to 18 percent in May. The western part of Ukraine is not directly affected by conflict and is recovering. Still, exports and imports are down by more than half from their 2012 levels and remain weak.

The capacity of the banking sector to lend is sharply constrained. External financing remains costly, with average spreads on euro and U.S. dollar-denominated borrowings more than 400 basis points above those of other countries in the region during the first quarter of 2016. Additional downgrades by ratings agencies could contribute to keeping spreads elevated. Tensions over a debt dispute with Russia continue.

The authorities of Ukraine, says the report, "are endeavoring to maintain progress on the reform program agreed with the IMF, despite the fall of the ruling coalition, which was replaced in mid- April with an administration that has pledged to combat corruption and promote closer ties with the EU."

Earlier, the Ministry of Economy of Ukraine predicted the nation's GDP growth of up to 4% in 2017.