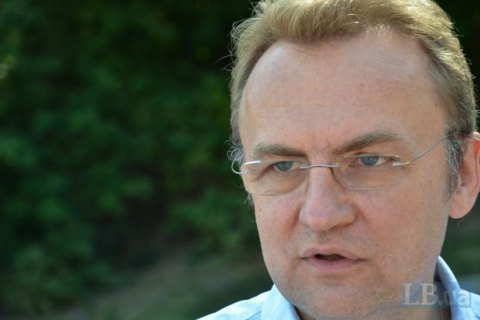 In a televised address on 7 June Sadovy referred the law of Ukraine on environmental disaster area that, in his opinion, should be applied in this situation.

Firstly, rthe mayor said the situation at the city's main landfill in Hrybovychy poses a threat to water reservoirs with infiltration..

According to the mayor, the situation with garbage removal from Lviv is the second problem.

"We are speaking about the safety of a city with the population with more than 700,000 people. We inherited this landfill from the Soviet Union. We have clear plans to resolve the problem, but we need the government's help," he said.

Sadovy stressed that three main tasks should be fulfilled.

"First of all, we have to find a place for garbage removal from Lviv and eliminate the environmental threat to the city.

Secondly, the government should speed up the approval procedure for a cooperation project with the European Investment Bank on the remediation of the landfill in Hrybovychi and the construction of an advanced waste disposal plant.[…]

Lviv has a chance to become the first Ukrainian city to settle the waste treatment problem in line with the European standards," the mayor stressed.

Finally, Sadovy urged a fair probe into the fire at the landfill.

On May 30, a landslide of over 100,000 cubic meters of garbage killed four people. The bodies of three rescuers who participate in fire extinguishing have been found while the body of a municipal environmental specialist remains missing.

The landslide is believed to have been caused by a fire, which broke out at the dump a few days earlier.