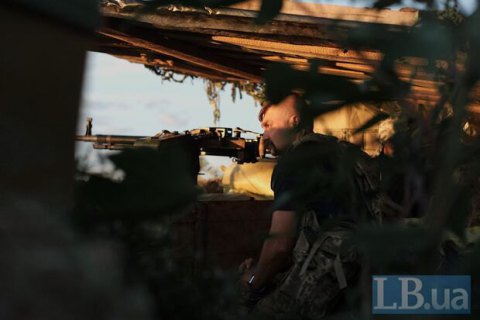 Over the past day, the Russia-backed militants launched 36 attacks against ATO troops in Donbas in eastern Ukraine.

"The situation in the ATO area remains tense. The militants shelled the Ukrainian troops 36 times in last day," the ATO Headquarters press office said in a report.

In Mariupol direction, the militants launched 18 attacks on positions of the Armed Forces of Ukraine. In particular, heavy machine guns and 82mm mortars were used to shell Ukrainian strongholds outside Novotroitske and Vodiane.