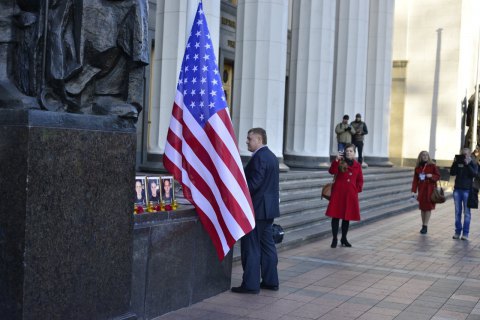 The Kremlin is consistently violating international agreements and the United States will maintain sanctions and ask the EU to do the same.

"We have deterred further land grabs in Ukraine, and that was a real risk when we first started with sanctions - that they would try to run all the way to Kyiv and Kharkiv," said Victoria Nuland, assistant secretary of state for European and Eurasian Affairs.

"I will tell you now that the Russians are now openly talking about the pain of sanctions, including when we work with them on the Minsk thing. So they know what it's going to take to get these sanctions rolled back," she told a Senate committee just weeks before an important NATO summit in Warsaw.

She cited numerous violations of international agreements by the Kremlin - both in trade and inter-governmental accords, such as Open Skies.

According to US State Department officials, NATO is forced to strengthen its presence in Eastern Europe in order to prevent the vulnerability of its partners over the alarming position of Russia.

Michael Carpenter, a top official from the Defense Department who also testified before the committee, warned that Russia was adding more weaponry and military capability to the Black Sea peninsula in an effort to prevent the United States or its allies from operating in the region.

On the other hand, officials noted a significant progress in the political agreement with Russia on Donbas and stressed that the administration will put pressure on Russia to fully implement the Minsk agreements.

G7 leaders have decided to extend sanctions against Russia because of Moscow's non-fulfilment of obligations under the Minsk agreements.

On 8 June, the upper house of French parliament will discuss the future of sanctions against Russia.