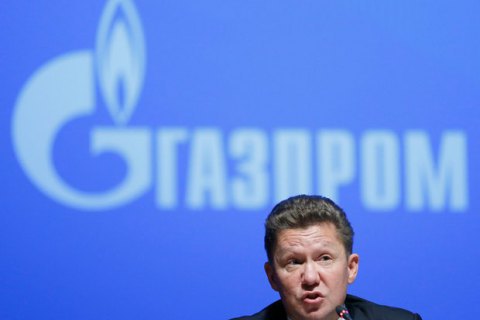 "We have indeed received a formal letter from the Chief Executive of Naftogaz of Ukraine with a request to resume natural gas supplies. Nine months are meant: the second half of 2016 and the first quarter of 2017, that is, the forthcoming winter and the preparation period. The change in Ukrainian company’s mood is understandable. Daily reverse from Europe dropped 6.4 times in June over May and 16.8 times over April," Miller said.

On June 3, the Prime Minister of Ukraine Volodymyr Groysman in a Reuters interview did not completely rule out buying supplies from Russia's Gazprom, saying his government would take a "political decision" if Gazprom made the right offer.

Gazprom does not supply gas to Ukraine from November 25, 2015, because Ukraine's Naftogaz considers its price overstated.

In Q2 this year, Russian gas is traded for less than 180 dollars per thousand cu m, but Ukraine has stated that the price should be reduced to 160-170 dollars.