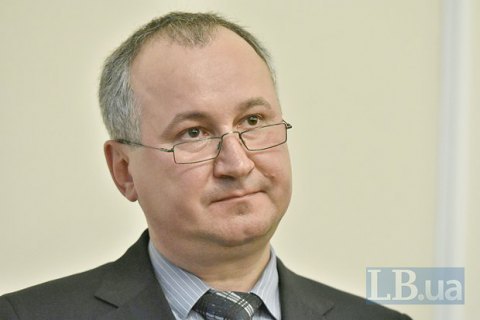 The Security Service of Ukraine (SBU) is preparing an exchange of two people involved in the 2 May 2014, events in Odesa for Crimean activist Hennadiy Afanasiyev and former director of a defence company Yuriy Soloshenko, SBU head Vasyl Hrytsak told reporters on 9 June.

He said 11 Ukrainian citizens are illegally held on the territory of Russia.

Yuryi Soloshenko is a former director of the Ukrainian defence plant Znamya was sentenced last October to six years in penal colony on charges of spying for Ukraine.

Henadiy Afanasiyev was sentenced to seven years in December 2014 in the "Crimean terrorists" case. Later on, Ukrainian citizens Oleh Sentsov and Oleksander Kolchenko were sentenced to 20 and 10 years respectively in the same case.