In particular, Whites Communication и Foley & Nunn international consulting company CEO Martin Nunn considers the referendum itself to be the best example of democracy. He recalled that the EU was initially established as an economic union while recently it has started to become an increasingly political formation. And this is what the British objected to.

"This is the best example of democracy. When the government says that we want to pursue a certain path of development (in the EU – ed. note), the population objects and says 'No'. This is politics and this means one must heed the people's will. I would suggest that Ukraine do the same," Nunn said.

In his words, it is worth having a look not only at the Brexit consequences for the EU but also its impact on Ukraine.

"This is a very disturbing step for Europe. The EU will have to take an effort to understand how it happened and where it is going," Nunn said. "However I think that the result of the referendum is good. For Europe because it will have to change. For Ukraine, for two reasons: Ukraine wants to inherit European values but to keep its identity. These values did not change. The British will seek new alliances outside the EU. Because Great Britain is an archenemy of Putin, Ukraine will become a far more important partner for London." 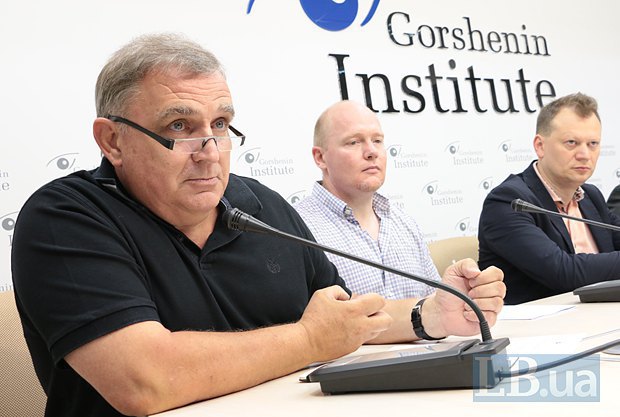 He expects European countries to continue economic cooperation with Great Britain, the third biggest investor in the world economy.

In Nunn's words, Britain is the second biggest investor in the economies of France and Italy and the third biggest one in the USA. "This means that, yes, Britain sneezed and the rest of the world got sick. Trust has slumped but it will be restored," he said.

In his opinion, trust in Britain will be restored in five years and a lot will depend on its further course of action.

"Germany has already said that it will continue to trade with Great Britain," Nunn said.

He also noted that the shakeup of the EU would be the biggest result of the referendum as France and the Netherlands have already said they want to hold similar referendums. "And if every country votes to leave the EU, this will be a catastrophe. This would be exactly what Putin wants," he said.

"Great Britain does not like the EU in a political sense. As for economy, we will certainly continue cooperation," he concluded.

According to a co-chairman of the group for Ukraine-UK interparliamentary cooperation, MP Oleksiy Ryabchyn, the Brexit has been a long-simmering problem. It became obvious to him three years ago when he was studying in the UK.

"When I had a technical problem in my rented flat, a British plumber came to fix it. He complained then that his business (repairs – ed. note) is dying because Poles and other immigrants were squeezing him out of the market. So the discontent has been brewing for years," Ryabchyn said.

He suggested Brexit could serve a blow against European integration supporters in Ukraine because some political forces may question the need for passing respective European integration bills. They may want to know why we need to pass them if we even have not been granted visa-free travel.

"All politicians without exception promised accession to the EU. This is what people on Maydan died for and now this goes against the current trend in Europe. And if they (EU member states – ed. note) do not show unity with regard to sanctions against Russia, this will further weaken the EU. But I do not think this is going to happen," the MP said. 
"Diplomatically, Great Britain was one of the strongest 'friends of Ukraine' in Europe in terms of keeping the sanctions and influencing other states. Therefore, unfortunately, our voice here will weaken," he said.

He stressed that Great Britain had not yet left the EU therefore Ukraine's position would not weaken at once. At the same time, he said that for the same reason Great Britain could not be immediately involved in the Minsk talks separately from the EU.

"Unfortunately, Britain is not a party to the Minsk process. I cannot predict whether we can involve Great Britain in these agreements as a result of the Brexit and whether there are going to be Minsk-3, Brussels-4 or the Hague-5," he said.

Oleg Ustenko, an executive director at The Bleyzer Foundation, said that as a result of the eurosceptics' victory in the UK referendum, the British pound would become cheaper than the US dollar.

"First of all, capital will start to flow en masse out of Great Britain. The massive outflow means the local currency will slump. Whereas yesterday started with the exchange rate of 1.5 dollars per pound, today it is 1.33. I would not rule out a continued downtrend to 1.25," he said.

Ustenko warned the same fate was awaiting the euro and the eurozone. "Whereas yesterday we saw the exchange rate of 1.11 dollars per euro, today we will see 1.09 by the end of the day. I would not rule out its movement with a possible break through the parity down a step towards 1 to 1," he said.

And, on the contrary, the Japanese yen, the US dollar and the Swiss franc are expected to grow in the short term as capital will flow there.

"For Switzerland, it is not a problem. For the USA, it is a moderate problem. This flow of capital is a colossal problem for Japan. It is an export-oriented economy and should put restrictive measures in place immediately. Otherwise its economy will hit the brakes with a possibility of further fall," Ustenko said. 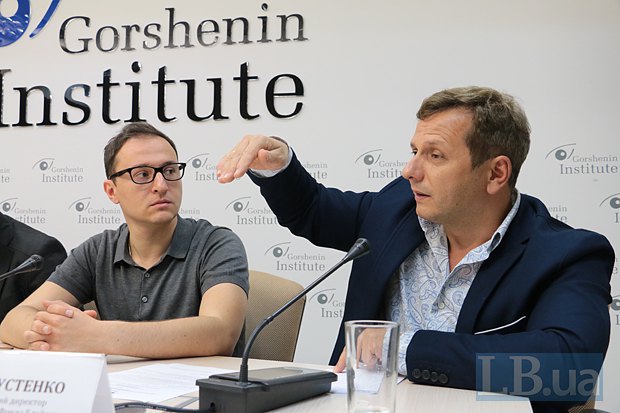 
The expert added the UK referendum may push the stock markets down much harder than they were in 2008-09. And there is no "miracle" to stop this fall.

The British themselves will also feel these changes as the rapid depreciation of their currency will put pressure on the pension fund and push down the price of real estate.

Nevertheless, according to Ustenko, Britain loses in the short term but wins in the medium- and long-term prospects thanks to increasing exports, lowering imports and decreasing the foreign debt "which immediately became cheaper": "They moved from 1.5 (dollars per pound) to 1.25. Their debt now costs them less. They will spend less of their GDP on servicing the national debt and government guarantees."

He also suggested that as a result of the referendum and the fall of the euro and the pound, the National Bank lost a huge amount of money unless it had converted a part of the gold and currency reserves kept in these currencies into the US dollar.

Ustenko also sees opportunities for Ukraine in the uncertainty around Britain.

"For business, there is nothing worse than uncertainty and it is quite possibly going to last (the UK's final exit from the EU – ed. note) for up to seven years. For business, it is better to have either opportunities or a closed window. Because no-one invests in an unstable economy. But flows, colossal flows remain. And Ukraine has a historic chance – to draw a part of these flows," the expert said.

"It's sad, but 'we should do our thing'," President Petro Poroshenko quoted Pavlo Tychyna's poem on Facebook. He said he hoped that, despite the referendum's outcome, the UK remains in a united Europe and will defend common European values.

"I believe the current challenge for the EU is to find a way to the hearts of eurosceptics, so as not to give any chance to the opponents of the European integration project and their generous sponsors. I expect the sanctions against Russia as the aggressor state to be extended," he said. 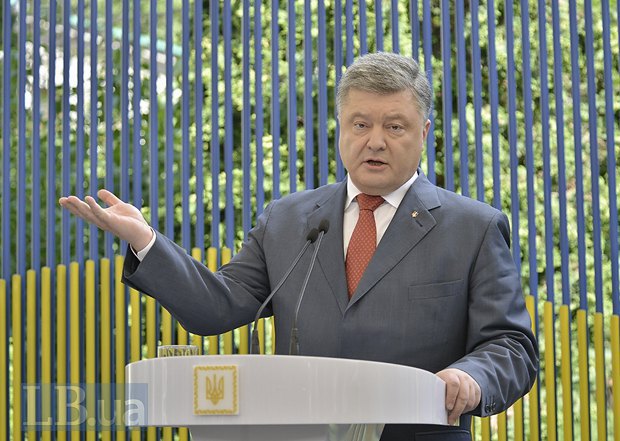 
"Unfortunately, it is not the best day for united Europe. I accept and respect the result of the referendum in Great Britain but I also believe that the unity of European nations will be preserved after all because it is based on the democratic values which we share," Prime Minister Volodymyr Groysman said on Facebook.

He said that Ukrainians remain committed to democratic values.

"We have suffered for our European choice and will continue to pay a high price for it while protecting not only our sovereignty but the eastern border of Europe. Therefore we will further fight for a strong and united Europe and reinvigorate European integration processes," he added.