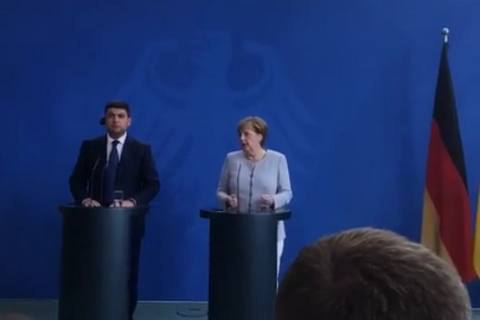 She said this at a briefing with Ukrainian Prime Minister Volodymyr Groysman after their talks in Berlin.

"Elections simply cannot be held for objective reasons, simply because it is unsafe in Donbas now. Now we need to work out joint steps concerning a cease-fire and reconciliation," she said.

Still, she added, it is important for Donbas to hold elections after all.

Elections in Donbas were planned by the peaceful settlement plan signed in Minsk. Ukraine insists elections can be held only after a stable cease-fire is maintained and Russian troops leave Donbas.