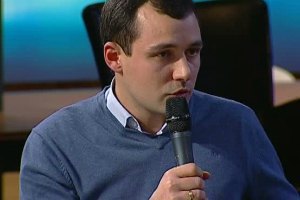 A new political party to be set up on the basis of the Democratic Alliance (DA) will hold its congress on 9 July, DA leader Vasyl Hatsko has said.

He confirmed that future party members had their first meeting on 29 June. Among them were so-called European Optimists, MPs Serhiy Leshchenko, Mustafa Nayem, Svitlana Zalishchuk and Viktoriya Ptashnyk.

According to Hatsko, the list of participants in the 9 July congress has 500 names. Around 100 of them were present at the 29 June meeting.

For the time being, the project will be called Democratic Alliance, unless its participants decide to rename it. Hatsko will step down as its leader on 9 July and a new one will be elected by the congress.