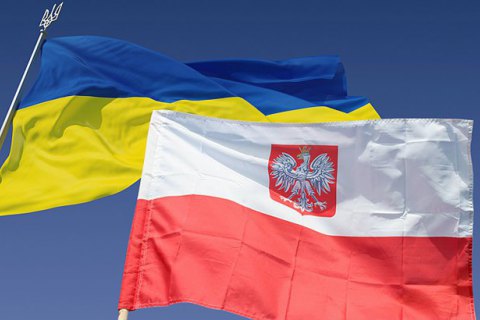 Three former Polish presidents, intellectuals, journalists, community and religious leaders adressed in an open letter the people of Ukraine, askng for forgiveness for the wrongdoings committed by the Polish against the brotherly Ukrainian people.

The letter came in response to the letter "of repentance and forgiveness" written by former Ukrainian Presidents Leonid Kravchuk and Viktor Yushchenko, Ukrainian church bishops and public figures to the Polish society, asking Poles to forgive Ukrainians for their historical faults, Ukraine Today reported.

"Within all Slavic lands there are no other two nations that can be so tightly interwoven in political and spiritual aspects, can have so many mutual ties, and - despite that - try so hard to distance from each other, like Poles and Ukrainians," the letter reads quoting Ukrainian poet and philosopher Ivan Franko.

"Over time, our common misfortune, detachment was replaced by hatred and nationalism, and their bitter fruit - crime - which Poles and Ukrainians together experienced in Volyn, Eastern Galicia, Kholm, Bieszczady and Przemyśl," the authors say. "This is why we are very pleased to receive your letter with significant words "we forgive and ask for forgiveness," where you do not avoid responsibility for the crimes and wrongdoings committed by Ukrainians against Poles in the 1940s."

Honoring the victims of the fratricidal Polish-Ukrainian conflict, the signees wrote that "earlier, representatives of the Polish Catholic Church expressed the same opinion, and Pope John Paul II urged our countries to forgive each other."

The authors emphasized that "guilt requires proper payment, which, in terms of relations between our peoples, implies establishment of true brotherhood - despite Polish and Ukrainian cowardice, in prosperity, but also in evil times that might come to our common Europe which is threatened by the Russian nationalism and imperialism."

"It is easier to resist threats together. We continue to admire you and get united in the fight against the aggressor, who has been occupying the Ukrainian lands for more than two years and trying to prevent you from fulfilling your dream - to live in the united Europe," the letter writes.