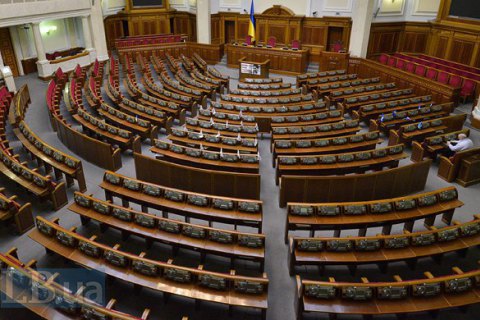 The Ukrainian parliament failed to hold a meeting on 6 July as the factions of Fatherland and the Radical Party, and sympathetic MPs continue blocking the work of the assembly.

Meanwhile, on Wednesday, consultations will be held between heads of factions and the president's representative in parliament.

The parliament did not work in the afternoon on Tuesday, 5 July, as Fatherland and the Radical Party blocked the rostrum demanding the adoption of a string of bills they believe could help reduce utility tariffs.