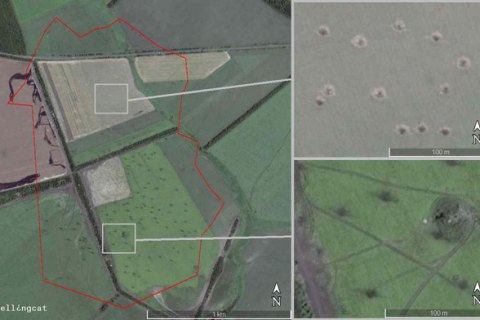 International Partnership for Human Rights, a Belgium-based human rights watchdog, has collected evidence of the shelling of Ukraine from the territory of the Russian Federation for filing a lawsuit with the International Criminal Court, the IPHR coordinator of field missions, Svitlana Valko, has told the BBC.

According to her, the IPHR will present in Kyiv this week a report entitled "Where did the shells come from? – Investigation of cross-border attacks in eastern Ukraine" which is planned to be submitted to the ICC in the autumn.

"The report states that there are five villages and small towns in Luhansk Region, located close to the border with Russia - Kolesnykivka, Komyshna, Melove, Dmytrivka and Pobeda that in the summer and early autumn of 2014 were shelled from the territory of the Russian Federation from conventional and rocket artillery. In addition, we are talking about illegal crossing of the Russian border with Ukraine by Russian military units, military helicopters and reconnaissance drones," said Valko.

For the purposes of the report the group has interviewed 45 people, who have stated preparedness to give evidence in international courts.

Members of field missions have personally examined craters from shells in these settlements. "The examination makes it possible to determine, based on the shape of the crater, the line of shelling, visible angle of entry of ammunitions or shells' liners. The firing range is harder to determine, but it is still possible, given the type of weapons that have been used. And, considering the fact that these [hostilities] took place in the immediate proximity of the border, while heavy artillery was used, it is safe to say that the shelling was conducted from the territory of Russia," said Valko.

The traces of shelling are visible on satellite map, as Bellingcat has previously demonstrated. The evidence can also be found in multiple posts in social networks, the finds in the forest by Ukrainian border guards etc. Overall, 10 sources of information have been used.

The report was prepared in cooperation with the Norwegian Helsinki Committee that has funded the mission.

Ukrainian security forces have repeatedly reported the shelling from the territory of Russia during the initial phase of the war in Donbas, especially in the summer of 2014.