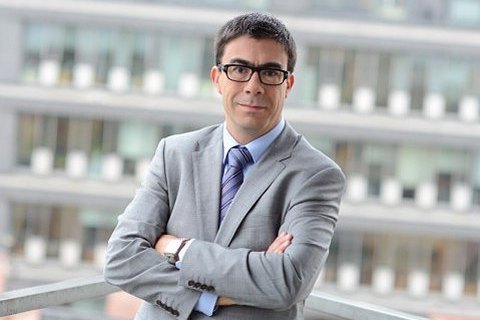 "Mr. Barbosa has been appointed by the job tender, had two job proposals – one from private sector and one from a state enterprise. He has chosen a private business," Kubiv said.

Jean-Andre Barbosa, 42, is a citizen of France and Mexico. He has over 17 years of experience in leading positions, including in Eastern Europe and former Soviet countries. He showed the best performance when he headed several factories of the French company Saint-Gobain, one of the world-largest packaging companies, the Minister of Economic Development and Trade Aivaras Abromavicius told a briefing as he ushered the winner on 12 April this year.

Barbosa is married to a Ukrainian and currently lives in Poland. He was chosen out of 38 applicants.

Elektrotyazhmash is one of the largest industrial enterprises in Kharkiv. It is listed among the companies of strategic importance for the economy and security of Ukraine. Elektrotyazhmash designs and manufactures powerful hydro generators, motors, turbo-generators for thermal and nuclear power plants, heavy-duty electric motors for drives of rolling mills, electrical equipment for rail and urban transport.