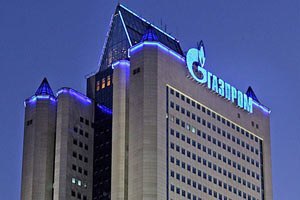 The claims of Gazprom to Ukraine for the gas not taken under the 2009 contract may exceed 60bn dollars by the date of its expiration, the business development director of Naftohaz Ukrayiny, Yuriy Vitrenko, told a press briefing on 7 July.

"The main claim to Naftohaz is the arrears in the so-called "take-or-pay" obligations. In these damages, they have already accrued 31.4bn dollars [against Naftogas]. If we look at the volumes that we think we need to import pending the termination of the contract with Gazprom, and factor in the "take-or-pay" clause, we will see that the Gazprom may claim damages that we estimate at 29.5bn dollars," he said.

With this in mind, Naftohaz takes a careful and balanced approach to the purchase of gas from Gazprom in order not to weaken our position in Stockholm arbitration.

Russia believes that under the contract, which expires in 2019, Ukraine has to buy from Gazprom 52bn cu m of gas a year, of which the "take-or-pay" clause covers 41.6bn cu m.

Currently, the Stockholm arbitration is considering two disputes between Naftohaz and Gazprom: regarding the volume of gas imported by Ukraine, and on the volumes of gas supplied by Russia for the transit via Ukraine.