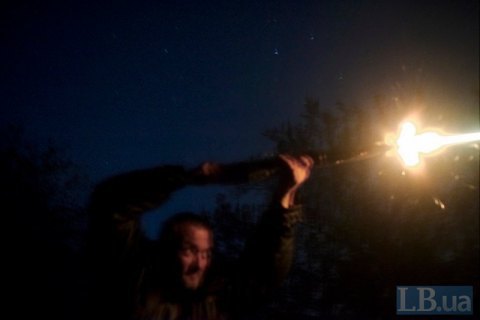 Over the past 24 hours, the ATO troops in Donbass region on 7 July reported 57 cases of attacks by Russia-backed militants, including 30 in the Donetsk sector, 16 - at the Mariupol and 11 the Luhansk sectors.

In the Donetsk direction the enemy fired 120 mm mortars at the positions of Ukrainian military in Troyitske, Novoselivka-2, and Avdiyivka. 82-mm mortars were used in the areas of Verhnyotoretske, Avdiyivka and Novhorodske.

In the Mariupol direction, the militants used 152mm artillery banned under the Minsk agreements to shell Lebedynske, and shelled Shyrokyne from 120 and 82 mm mortars. The enemy used weapons installed at infantry combat vehicles and anti-tank missile systems outside Novohryhorivka. Enemy snipers intensified activities near Mariyinka, according to the headquarters of ATO.

In Luhansk region, the fortified positions of Ukrainian army near Popasna and Novoaleksandrivka, Bohuslavske and Novozvanovka were attacked as the opposite party randomly fired 82 mm mortars and rocket-propelled grenades, causing the Ukrainian military to fire back.