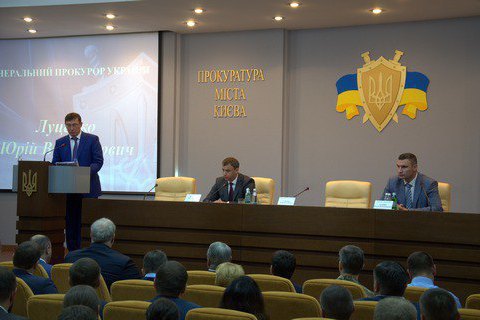 Prosecutor-General of Ukraine Yuriy Lutsenko on 6 July introduced Roman Hovda as new head of the Kyiv prosecutor's office to its staff.

According to the website of the Prosecutor-General's Office (PGO), Roman Hovda was one of three deputy prosecutors-general appointed under ex-PGo head Viktor Shokin, whom Prosecutor-General Lutsenko fired first thing on the job.

Until now, Oleh Valendyuk was the acting Kyiv prosecutor-general.