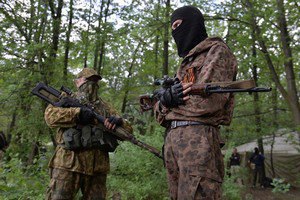 Over the past day the Russia-backed militants fired on the positions the antiterrorist operation (ATO) troops in Donbas, including from the weapons banned under Minsk agreements, the ATO press centre reported on Facebook on 6 July.

In the Mariupol sector, 29 attacks were registered. In Shyrokyne, the terrorists used 152-mm artillery and 120-mm and 82-mm mortars. The militants used 120-mm mortars outside Hnutove.

In the areas around Starohnativka and Krasnohorivka, the enemy used all kinds of small arms.

In the Donetsk sector, the enemy made 29 attacks using 120-mm and 82-mm mortars, rocket-propelled grenades and small arms near Mayorske and Zaytseve. Avdiyivka and Luhanske saw attacks from grenade launchers, heavy machine guns and small arms.

In the Luhansk sector, it was relatively quiet, with the exception of three random small arms attacks at Novooleksandrivka.