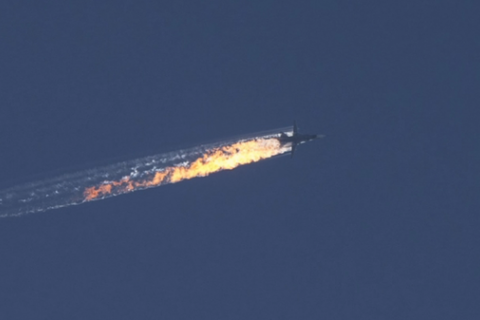 Two Turkish pilots, who downed the Russian aircraft, are taken into custody on suspicion of involvement in the 15 July attempted coup.

"Two pilots, who participated in the operation against the Russian Su-24 in November 2015, are in custody", the Turkish Hürriyet quoted the words of an official.

He added that they suspected of connections with the putschists.

On 24 November, 2015 Turkish fighter jet shot down a Russian Su-24, who participated in the war in Syria. As a result of the incident, the pilot Oleg Peshkov managed to eject but was shot dead from the ground.

In late June, Turkish President Recep Tayyip Erdogan apologized for the downed aircraft and expressed condolences to the family of the deceased pilot.