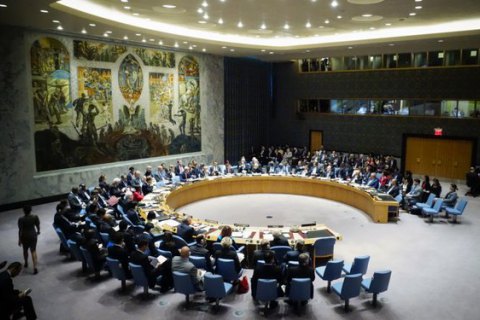 The UN Security Council has unequivocally reaffirmed the position with respect to the territorial integrity of Ukraine, including Crimea, the Permanent Representative of Ukraine to the United Nations, Volodymyr Yelchenko, said at a briefing broadcast by 112 Ukrayina TV.

According to Yelchenko, Russia's representative was the only not to share this position.

"We are grateful to the Security Council for the unconditional and unquestionable confirmation of its strong position of respect for the territorial integrity and independence of Ukraine, including Crimea, and only one country expressed an opposite position," he said.

"Where is the proof of their allegations concerning the events in relation to the so-called attempts of terrorist attacks against Ukraine's Crimea? If it indeed took place, there would be photos and videos. These are just empty words," Yelchenko said.