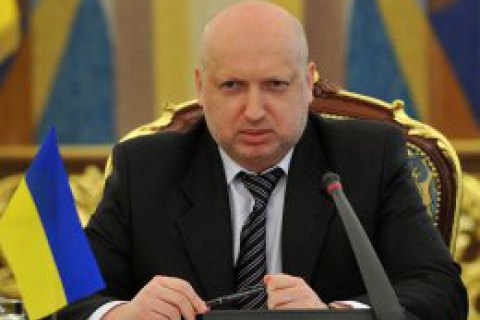 The secretary of the National Security and Defence Council (NSDC) of Ukraine, Oleksandr Turchynov, has indirectly confirmed the account provided by LB.ua' sources who said that the Crimea events were caused by a shoot-out between Russian servicemen and border guards.

The NSDC website on 12 August quoted him as saying that Russian security forces "no earlier than on 10 August made loud statements about the events, which, according to them, took place in the early hours of 7 August".

"Such a delay can be explained only by the fact that they needed time to forge so-called 'evidence' of Ukraine's aggressive actions and hide the real dangerous abusive actions of their subordinates, namely the gunfight between different units of the Russian security forces, which traditionally abuse alcohol, especially on weekends. As a result of this gunfight, not only the Russian military but also Crimean civilians were killed and wounded," the NSDC secretary said.

According to Turchynov, the Russian security forces, trying to hide their war crimes and whipping up anti-Ukrainian hysteria, started to spread nonsense about the alleged attacks of special operations soldiers of the Main Intelligence Directorate of the Ukrainian Defence Ministry and strikes from the Ukrainian territory, the website said.

He recalled that at first they were talking about "the arrested employees of the Main Intelligence Directorate of Intelligence, while the recent statements of the Russian Foreign Ministry report on the two citizens of Ukraine and Russia, who, as it turned out, are no longer employees of the Main Intelligence Directorate but civilians who allegedly 'cooperated' with the Ukrainian military". "Meanwhile, everyone understands that in fact they are random citizens kidnapped to cover for drunken shooting between the Russian military and for the FSB's hastily and ineptly fabricated provocation, but who will sign or announce any dictated baloney after being tortured in the FSB's dungeons," he said. "The world was lucky that drunken Russian military had no access to more serious weapons, with which the Russian General Staff imbued occupied Crimea".

"Ridiculous accusations and threats against Ukraine are the consequence of the impunity of the revanchist Russian leadership that builds its empire on lies, aggression, murders and absence of civil rights. But history shows that such empires are doomed. They collapse, burying the tyrants under their rubble," Turchynov concluded.