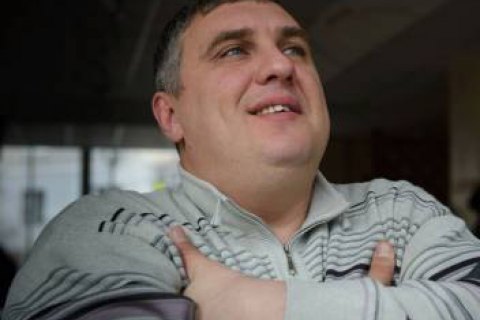 Ukrainian investigators have opened a criminal case on the basis of a report made by the relatives of Yevhen Panov, leader of the Self-Defence group in the town of Enerhodar, Zaporizhzhya Region, the acting head of the Ukrainian National Police, Vadym Troyan, said on Thursday, 11 August.The National Police's Communications Department said investigators had qualified the Panov missing person case under Article 146 (illegal imprisonment or abduction of a person) of the Ukrainian Criminal Code.

Troyan said Panov's relatives reported him missing to the police on Wednesday, 10 August, after which the information was entered into the national register of pre-trial investigations. "We are taking all necessary measures to promptly, fully and impartially investigate all circumstances of this crime," Troyan said.

On August 10, the Russian Federal Security Service said terrorist acts allegedly prepared by Ukrainian intelligence had been averted in Crimea. It was reported that the Russian special services, with support from other defence and security units, had prevented groups of saboteurs and terrorists from breaking into Crimea from the territory of Ukraine.

The Russian Federal Security Service also said one of the organisers, "Panov Yevhen Oleksandrovych, 39, a resident of Zaporizhzhya region, an employee of the Main Intelligence Department of the Defence Ministry of Ukraine," had been detained. He is making confessionary statements.

The Ukrainian Defence Ministry, the Main Intelligence Department and the National Security and Defence Council have denied the reports on Ukrainian saboteurs. The Defence Ministry also said the accusations made by Russia of attacks on the peninsula from mainland Ukraine are similarly groundless.

Panov's brother Ihor Kotelyanets said he thought Yevhen had been abducted in Zaporizhzhya region and taken to Crimea.