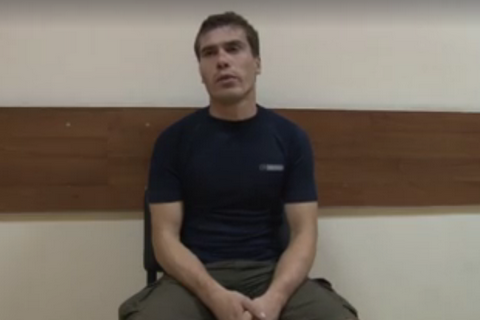 Russia has named the third person detained by the Russian Federal Security Service on suspicion of plotting terror acts in occupied Crimea.

According to the Russian news agency TASS, this is a resident of Zaporizhzhya, Ridvan (Redvan) Rustemovych Sulemanov (Suleymanov), born 1989.

The agency said Sulemanov was detained on 30 July when he was taking pictures at Simferopol’s airport.

He said he was instructed by the man named Pavel Nikolayevich "to go to Simferopol and find places for planting explosive devices" in crowded areas, who recruited him in Zaporizhzhya in October 2015.

Sulemanov said he had arrived in Simferopol on 29 July and "visited the central bus station and airport and found four places for possible planting of explosive devices." He said he sent their descriptions to Pavel Nikolayevich.

As reported earlier, on 10 August, the Russian FSB said it prevented two attempts by "sabotage and terror groups" made of the Defence Ministry's special troops to sneak into Crimea in the early hours of 8 August, during which a Russian border guard and a serviceman were killed.

Ukraine flatly denies the accusations as provocation and put troops in the adjacent areas on high alert.

The Zaporizhzhya news website 061.ua analysed the video of Sulemanov's alleged questioning by the FSB, which was published on the website of the Russian TV channel Rossiya 24. It said the address mentioned by the detainee as his place of residence - 168 Kosmichna St, apt 32, Zaporizhzhya - does not exist.