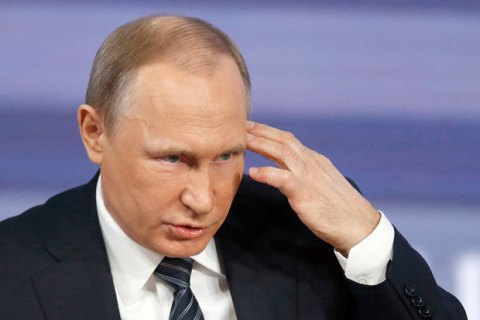 Russian President Vladimir Putin has said that negotiations on a Donbas settlement in the Normandy format (Germany, France, Ukraine and Russia) will continue.

"As for the Normandy format, it may be good or bad but there is no option of at least an attempt of settlement. Therefore Russia will certainly support this format," he said at a news conference following the G20 summit in China on 5 September, according to TASS.

Asked whether he will resume meetings with Ukrainian President Petro Poroshenko, he said that "he will probably have to".

"But I told the federal chancellor and the French president that the question is not whether to meet, but for these meetings to result in some positive progress in settling the situation," he said.

The Russian Foreign Ministry announced on 11 August about Russia's refusal to participate in the Normandy format negotiations. This happened after the Russian occupying authorities arrested several Ukrainians in Crimea and accused them of preparing "sabotage operations" allegedly ordered by the Main Intelligence Directorate of the Ukrainian Defence Ministry.

Early on 5 September, after a conversation with Putin, French President Francois Hollande said that the Normandy Four would meet shortly.