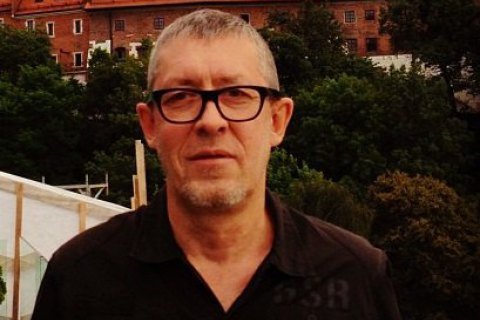 The founder of the Novy Region news agency and Russian journalist, Aleksandr Shchetinin, was found in a flat in Kyiv in the early hours of 28 August, according to the Kyiv Operatyvnyy community on Facebook.

He died on his birthday. His body was found on a balcony by his friends who came to wish him well. He was sitting on a chair, there was a bullet hole in his head (a gun was under the chair).

"According to reports from reliable sources, the case is being probed as a suicide because Aleksandr sent one of his friends an email in which he said he was going to commit a suicide," it said.

Police found a bullet casing, a gun, cartridges and a death note. The doors to the flat were locked, things seemed intact, the Kyiv directorate of the National Police has said on its website.

Shchetinin openly called Russian President Vladimir Putin his personal enemy. "For many years, I have been a resolute opponent of today's fascist dictatorship in Russia. Putin is my personal enemy. I always believed that we will be able to defeat the dictatorship and Russia will be free," he said in an interview with the Krym.Realii website in 2014.

He said that during the Ukrainian Revolution of Dignity, the Novy Region editorial office faced pressure in Moscow.

Shchetinin has lived in Ukraine since 2005. After the beginning of the Russian aggression, he applied for Ukrainian citizenship successfully and lived in Kyiv. He was a contributing writer for various Ukrainian media.

Prominent Belarus-born journalist Pavel Sheremet, who worked in Russia and Ukraine, was killed in a car explosion in central Kyiv on 20 July.