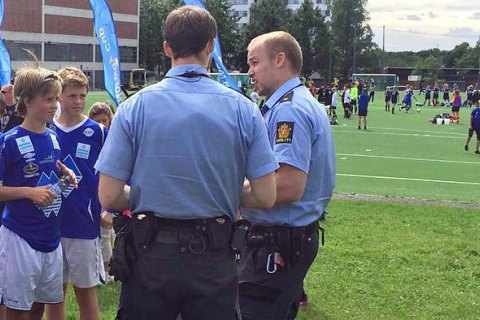 The city administration of Stavropol, Russia has awarded the players of the local teen football team Cosmos, which was banned from the world’s largest teen football tournament Norway Cup, over the fight with its competitors.

The Russian teens received gifts and letters of gratitude from the city authorities.

"I was sincerely worried about our Stavropol kids. When the details of that notorious story emerged, it became clear that our kids were brought up right and in the best traditions of love to our fatherland. A true city resident and patriot of their state is always ready to courageously protect the honour and dignity of their native city, region and country," Stavropol administration head Andrey Dzhatdoyev said.

As reported earlier, a fight broke out between Cosmos and Norway's Herd sports club after the referee removed the Russian gatekeeper from the field three minutes into the game. The removed player ran back onto the pitch during an attack by Norwegian players and kicked one of them.

After the initial scuffle, Russian football players started beating up their Norwegian competitors. Trond Lervik, the coach for Norway's Herd team, said that from the very start the Russian boys, who were unusually large and well-built, had performed tackles which “resembled assaults”, according to Dagbladet. “Several of the boys had black eyes, and one had a possible broken rib, but this has not been confirmed by paramedics,” he said.

The Norwegian team called the police but by the time they arrived, the Russian team had already left the pitch. Norway Cup’s independent judges ruled that Herd had won the game and banned the team from the tournament.

LB.ua has learnt that the brawl may have been initiated by the cadets of the Russian president's military college based in Stavropol, who were among the Cosmos team members. Before the trip, the college head, Gen Leonid Kuts, issued personal instructions to his cadets to "kick European faggots' asses".