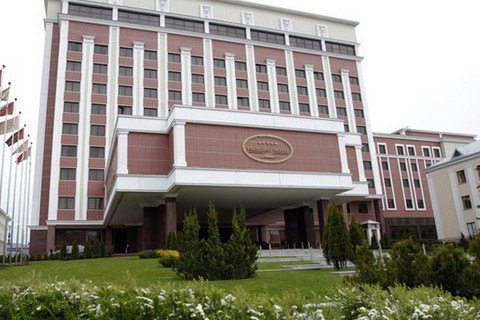 Ukraine is ready for a serious compromise to secure an immediate release of its citizens from pro-Russian militants' captivity in Donbas, Darka Olifer has said on Facebook. She is the press secretary of Ukraine's representative in the contact group, Leonid Kuchma.

"For 107 people to return to their families, Ukraine is ready for a serious compromise. We demand an immediate release of our citizens and object against the blackmail on the matter: amnesty concerns another clause of the Minsk agreements and this decision has nothing to do with the release of people," she said.

Ukraine once again demanded that international humanitarian organizations be allowed to see the captives.

She also said that the contact group with the participation of Donetsk and Luhansk separatist authorities said that a full infinite cease-fire must be introduced in Donbas as of 1 September.

She described as unacceptable the situation at the Zolote checkpoint in Luhansk Region whose work is "sabotaged" by the separatists.

According to Olifer, the economic subgroup reached notable progress in implementing the project on restoring the full-fledged operation of the Karbonit water supply station in Luhansk Region.

At the contact group meeting in Minsk, the leaders of Donetsk and Luhansk militants agreed to an exchange of prisoners in the "all for all" format, an adviser to the Security Service of Ukraine (SBU) chief, Yuriy Tandit, said on Facebook.