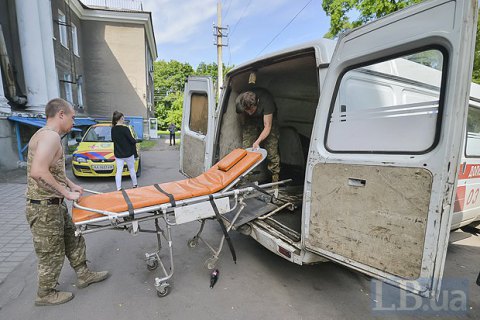 Four Ukrainian servicemen were wounded in action in the antiterrorist operation (ATO) area in Donbas on 26 August, a spokesperson of the presidential administration for ATO issues, Col Andriy Lysenko said at a daily briefing on 27 August.

"None of Ukrainian servicemen was killed in action yesterday, fortunately. But four servicemen were wounded," he said. One of them was wounded in Zaytseve, two in Kamyanka, Yasynuvata District, and one in Vodyane.

According to information available to the ATO HQ, pro-Russian militants had five of its fighters wounded.

There was a sharp spike in militants' fire attacks on 26 August. According to the ATO morning update, the militants had launched 88 fire attacks over 24 hours.