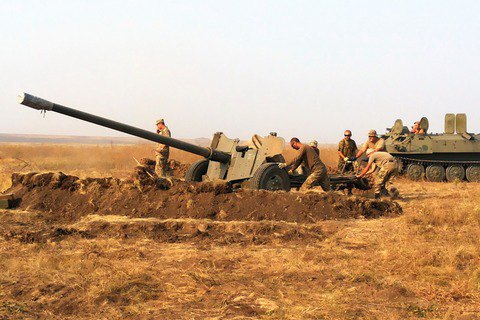 The muster to be held in September will involve nine brigades of all operational commands in five regions. Over 8,000 reservists will take part, of which 10 per cent are officers. It will be held in two stages: from 3 to 15 September and from 12 to 24 September.

During the muster, around 1,000 reservists will join each brigade at once. Units will be manned in the areas of their permanent deployment while practice will take place at firing ranges and training centres after redeployment.

Reservists will not be engaged in duties, cleaning, marching drills and similar assignments. The muster will be used to the maximum to increase combat readiness and coordination of units and crews.

The muster will end with brigade tactical exercises including live fire. Mixed units consisting of effective and reserve servicemen will take part.

The main goal of the exercise is to work out a protocol of operative manning of units with operative reserve in case of an open aggression.

There are around 85,000 reservists in Ukraine. These are people who served in the army as mobilised servicemen, took part in the antiterrorist operation and have now been invited to the muster to maintain and improve their professional and combat skills. According to a preliminary survey among the reservists, 80 per cent of them are prepared to stand in defence of the motherland at once and report to military units, if summoned.