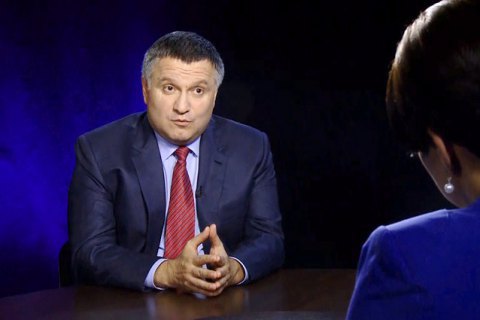 Ukrainian Interior Minister Arsen Avakov has said he has no intention either to become prime minister or run his own political project as he considers himself to be a team player.

"There is one simple reason: the past years - each of which can be regarded as two or three - have finally convinced me that there is nothing more effective than a team," he said.

"I proceed from the fact that I feel comfortable being close to these two giants. One is [ex-Prime Minister Arseniy] Yatsenyuk, a wonderful manager, as I have already said. I am nowhere even close to his level of management skills. Unlike him, I lack many competences. There is one more monster, in a good way, that is [security supremo] Oleksandr Valentynovych Turchynov. There is also very authoritative [parliament speaker Andriy] Parubiy. I feel very comfortable being in a team with these people," he said.

According to Avakov, his only "super ambition" is to complete the reform of the Interior Ministry.