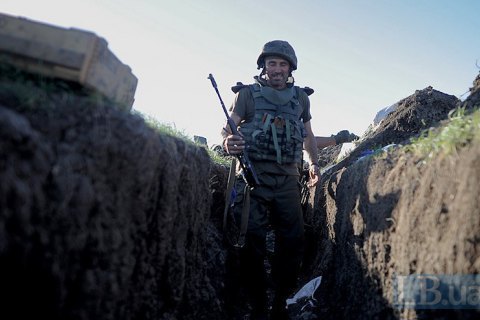 Over the past day, the Russia-backed separatists 32 times opened fire on the positions of the Ukrainian military in the zone of the antiterrorist operation in Donbass, the ASTO press center said on 4 October.

Donetsk sector saw 10 attacks by militants. The terrorists fired grenade launchers, machine guns and small arms at in the areas of Avdiyivka, Kamyanka and Zaitsevo.

Mariupol sector with 16 militant attacks was the hottest spot last night. Pavlopil, Maryinka, Shyrokyne, Starohnatovka and Bohdanivka were attacked from small arms and machine guns. Talakivka was shelled from IFV-mounted weapons, Bohdanivka and Shyrokyno were under fire from grenade launchers.

During the day, the ATO reported spotting five enemy drones.

On Monday, the militants disrupted the withdrawal of forces in the area of Petrovske, Donetsk region.

Earlier, the representatives of the "DNR" and "LNR" for the second time thwarted the planned Skype-conference of the Trilateral Contact Group on compliance with the ceasefire.