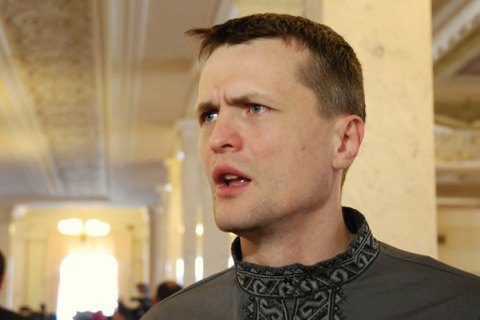 The head of the Petro Poroshenko Bloc faction Ihor Hryniv has withdrawn his resonant bill on changes to the Law of Ukraine "On Prevention of Corruption", in which he suggested to close some of the information in the declarations of officials due in the pressure from the West.

"It is unlikely that Poroshenko feared the public outcry. Rather, he was influenced by Western partners, or, to be more precise, the IMF, which directly interferes in our domestic affairs," MP Ihor Lutsenko (Fatherland) told LB.ua correspondent on 4 October.

"The norm on hiding the information about gifts and cash assets should certainly be scrapped. On the other hand, addresses can be hidden. They are not important for combatting corruption," the MP concluded.

The head of the presidential faction PPB has registered in the Verkhovna Rada a bill that suggested proposed to close some of the information in the declarations of officials.

In particular, it was assumed that the data about cars, gifts and cash assets shall not be made public.

In a few days, Hryniv withdrew the bill.