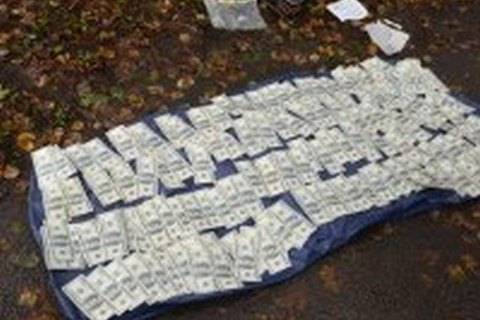 The head of a department of the State Property Fund in Ivano-Frankivsk region was caught on a large bribe. The official demanded 150 thousand dollars from a Kyiv businessman for reduction in price of the property, put up for auction, and the admission to participate in the tender.

Law enforcers on 4 October detained the official as he received an advance of 20 thousand dollars from a middle man.

The operation was conducted by the Security Service, the Military Prosecutor's Office in the Western region and the regional prosecutor's office, the SBU website said.

Open criminal proceedings under Art. 368 of the Criminal Code of Ukraine.

A local edition with reference to own sources said the detainee was a head of the State Property Fund in Ivano-Frankivsk region Zinoviy Zhovnir.

According to SPF website, Ivano-Frankivsk region has recently put up for sale a 741.8 sq m non-residential building workshop in Ivano-Frankivsk, and a property complex of the former state-owned Kolomyia Paper Factory.