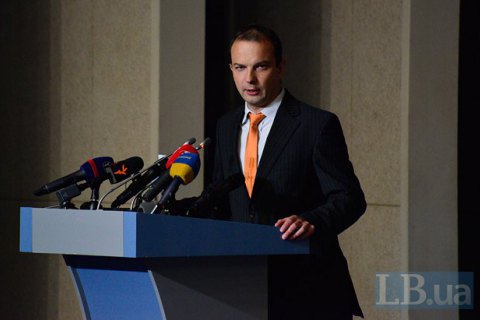 The withdrawal of Ihor Hryniv's bill amending the law on e-declaration is a game President Petro Poroshenko is playing, MP Yegor Sobolev (Self-Help) told an LB.ua reported on 4 October.

Hryniv only promised to withdraw the bill, to be precise, reminded Sobolew. "Let's see if he really does it."

"[It was a reaction to] political activists who came out with offensive posters and the European Union with the IMF, who have warned against such things in their time," Sobolev said

"But that was a game for sure, because the president is just dreaming that declarations were closed to avoid being caught himself. I think you remember Panama papers and how he got away with it because Ukraine at that time did not have a law enforcement agency to investigate into Poroshenko's crimes," the parliamentarian said.

"This does not mean, however, that he is not guilty. This is a 'good tsar, bad boyars' game," Sobolev concluded.

The head of the presidential faction PPB has registered last week in the Verkhovna Rada a bill that suggested proposed to close some of the information in the declarations of officials.

In particular, it was assumed that the data about cars, gifts and cash assets shall not be made public.

In a few days, Hryniv said he withdrew the bill.