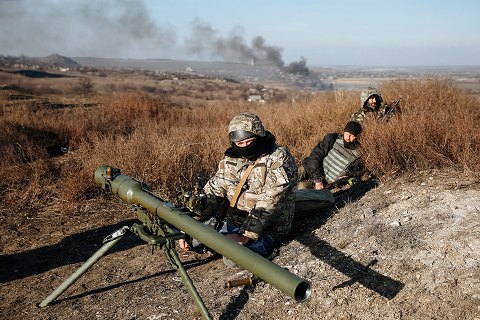 The Donbas separatists backed by Russia 22 breached ceasefire in the zone of the anti-terrorist operation past day, the press center of the ATO headquarters reports

In Mariupol direction, terrorists launched 16 attacks on Ukrainian positions. The enemy opened fire from small arms near the villages of Hranitne and Pavlopil.