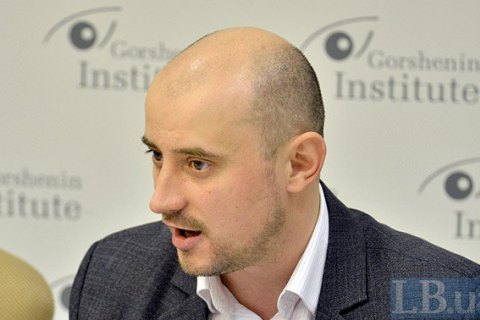 The Association of Cities of Ukraine blames the draft state budget for 2017 of an attempt to unduly increase the costs of local budgets that are not provided with revenues.

"The big plus of this budget is that everything that the Ministry of Finance has pledged in terms of revenues remains in place despite the ongoing attempts to reduce the revenue base of local budgets," deputy head of the Association of Ukrainian Cities, Oleksandr Slobozhan, told a round table conference organized by Gorshenin Institute and the Reanimation Reform Package on Friday, 21 October

Slobozhan reminded of government's attempts to abolish local excise tax which generates 9.7bn hryvnia into local coffers, the abolition of state participation in the development of cities which "amounts to 1bn hryvnia at the moment" etc.. "The expenditure part of local budgets given over from the nation budget is growing three times faster than the revenues that meant to be compensatory," he complained.

"The problem is that there is no development strategy of public finance. [...] This leads to an imbalance of local budgets," Slobozhan stressed.

In his opinion, the success of local authorities within the fiscal decentralization reform are over-exploited. Too many of the new powers are under-resourced in 2017 budget, including medicine, vocational schools, the benefits for the participants of ATO, pensioners, former policemen, miners.

Slobozhan believes that the current government is ready to heed to criticism will embark on corresponding changes in the national budget.