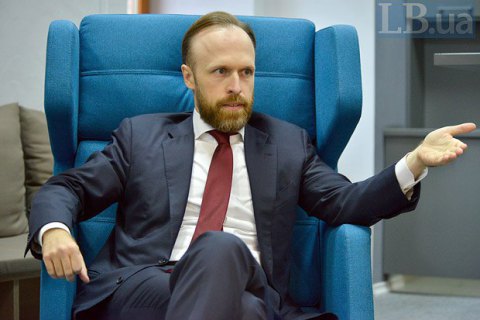 Despite the large number of resignations and dismissals of judges, the judicial system is unlikely be heading for collapse, the deputy chief of Presidential Administration Oleksiy Filatov said on Friday, 21 October in an exclusive interview with LB.ua.

"There will be no collapse. However, the judicial system may feel the lack of staff for a period of time. That's what I said two years ago, when many civil activists and even some experts demanded the replacement of all judges, without exception, because they 'did not enjoy the trust of the society'," said Filatov.

"Vacancies need to be filled. The tender procedure for the selection of judges is lengthy, so there will certain staffing problems, no doubts about that, but surely no collapse."

"The Higher Qualification Commission of Judges in the near future will focus on the contest of judges to the Supreme Court. Accordingly, I believe that other job competitions will be held in the second - fourth quarters of 2017," he added.

Earlier, in an LB.ua interview, the head of the Supreme Council of Justice Ihor Benedisyuk said that for two summer months more than 750 judges submitted letters of resignation. It happened after the ruling of the Constitutional Court to maintain the monthly allowance of retired judges for lifetime. A number of judges have not been appointed for five-year tenures.

On 30 September become effective changes to the Constitution in part of justice. The law abolished the 5-year term of appointment of judges, and they are appointed indefinitely. The president and the Verkhovna Rada are stripped of the right to dismiss judges, but the president can appoint them.