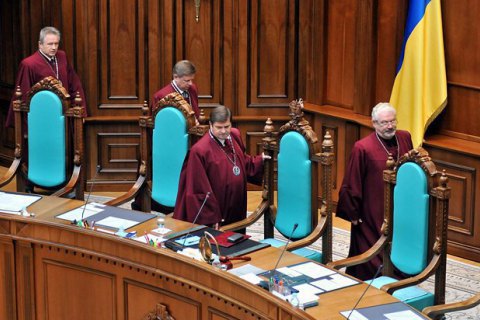 The Constitutional Court of Ukraine will continue the review of the constitutionality of the provisions of the law "On the cleansing of government" (lustration) on October 27, the Court said in a statement on Friday, 21 October.

Next Thursday at 10:00, the CC at the closed part of the plenary session will continue consideration of the constitutional communication of the Supreme Court and 47 deputies of the Verkhovna Rada.

The media reported that the court would find the law unconstitutional. The authorities immediately responded that the law on lustration would be even more rigid.