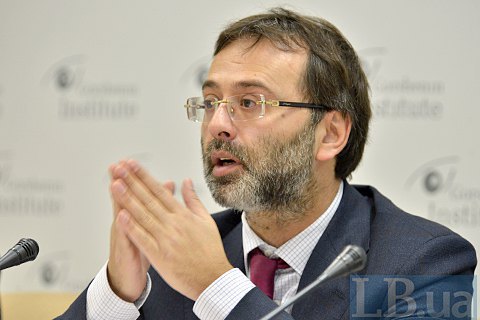 A member of the Ukrainian delegation to PACE, MP Heorhiy Lohvinskyy says he does not believe that Russia will apply for its mandate to be renewed in 2017.

[The Kremlin] demanded during the visit of PACE leadership to Moscow to be given guarantees that Russian delegation would be reinstated if it applies for that, the deputy said with references to undisclosed sources.

During the roundtable conference in Gorshenin Institute on 27 October Lohvinskyy stated the belief that after the resolution of PACE on 12 October in which representatives of 46 European parliaments have recognized Russia's aggression against Ukraine, Russia can hardly count on the guarantees of reinstatement of full membership in PACE.

"We saw how the rhetoric of politicians has changed [after this resolution]. At that session, the president of France, who spoke before the resolution was passed, was quite ambiguous. Meanwhile, Steinmeier, who spoke after the resolution, stressed that the position of 46 member countries opened his eyes, and free will cannot be stated in an occupied territory in absence of proper security measures," said Lohvinskyy.

He believes that Ukraine should make maximum use of the adopted resolution and try to achieve the strengthening of the sanctions and restrictions imposed on Russia.

Earlier, President Petro Poroshenko described the PACE resolution on Ukraine as victory of diplomacy in the fight against the aggression of Russia against Ukraine.

The powers of Russia in PACE were suspended in the spring of 2014, when the country illegally annexed the Ukrainian peninsula of Crimea.