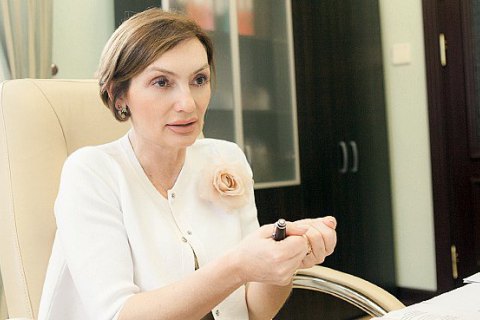 The house of the deputy head of the National Bank of Ukraine Kateryna Rozhkova is being searched, according the TSN reports.

The publication said on 27 October with a reference to anonymous sources that low enforcers investigate Rozhkova's possible involvement in the shady bankruptcy of the bank Mikhailovskyy and machinations in favor of Platinum Bank, whose manager Rozhkova was previously.

The National Bank confirmed the information about the search in Rozhkova's residence.

"The search is over by now. Katerina Rozhkova is in her workplace performing her duties. The investigative actions by the National Police are part of the probe into the bankruptcy of bank Mikhailovskyy," the press service of the central bank of Ukraine said on Facebook later in the day.

NBU Board dismissed police operation as yet another act of pressure on NBU officials.

"All the decisions regarding the pronouncement of Mikhailovskyy as insolvent have been taken collectively by the NBU Board and in full compliance with the law," the report stressed.

From 2013 to 2015 Rozhkova was member of the board in Platinum Bank, including as acting chairman.