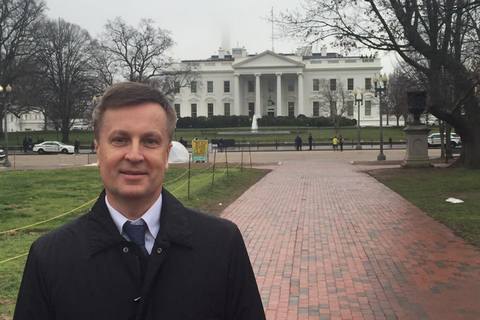 The corruption of the Ukrainian authorities prompts the USA to reduce its financial assistance to Ukraine, the leader of the Justice movement, Valentyn Nalyvaychenko, said on his Youtube channel on 6 December.

"The United States is reducing financial assistance to Ukraine because of corruption in the Ukrainian government. I learned this disappointing news during my meetings in the US Congress. The bipartisan support both from the Republicans and the Democrats is lost. US aid for the defence of Ukraine is curtailed by 30 per cent," he said.

Nalyvaychenko, who is in the USA to meet with the transition team of President-elect Donald Trump, said that members of the Senate and the House of Representatives demand that the president and the prime minister prosecute those plundering the budget, and thus harm the national security of Ukraine.

However, the politician says, "the level and size of aid can be preserved if Ukraine joins the global anticorruption coalition, investigates the facts of political corruption and offshore scandals, and brings those responsible to justice."

Nalyvaychenko is visiting the USA as a social and political activist. His visit will last for three days.

He is expected to meet the transition team of US President-elect Donald Trump, hold consultations in the Congress and meetings in the International Republican Institute (IRI), the Atlantic Council and with representatives of the US special services.