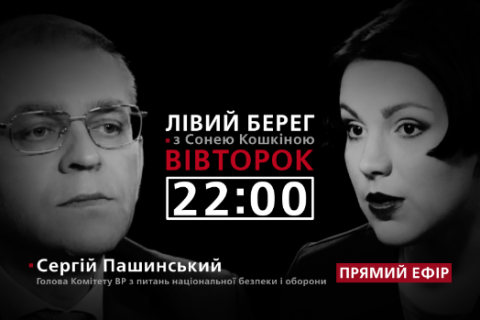 The resignation of Serhiy Pashynskyy from the post of the head of the supervisory board of the state-owned defence concern Ukroboronprom, which currently unites 95 per cent of enterprises of the nation's defence industry, certainly came as a surprise. However, Pashynskyy insists there is no intrigue behind his move. After two years on two jobs, the head of the parliamentary committee for national security and defence saw a conflict of interests in holding both posts and quit Ukroboronprom to avoid recriminations and fully dedicate himself to attracting investment to the defence industry.

Was it really the reason behind his resignation, what are the strategic plans of one of the leaders of the People's Front party, and what are his forecasts regarding the adoption of the long-suffering bill on special confiscation?

Watch Serhiy Pashynskyy live on the Left Bank with Sonya Koshkina on Channel 24 TV on 6 December at 22:00 Kyiv time.