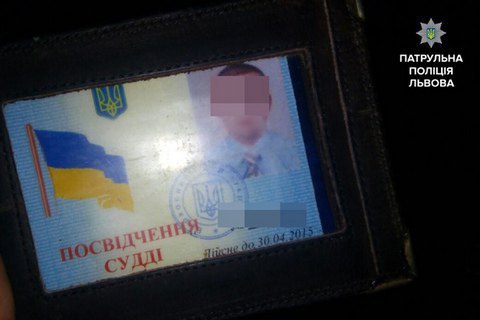 Patrol police in the city of Stryy came across a drunken judge who fell asleep at the wheel as he stopped at red light.

The police press office said on 16 December a traffic crew from Lviv passed through the town of Stryy and stopped at one of the crossroads behind a foreign car. When the traffic light changed to green, and the rest of cars started moving one car stood still with the engine running.

Patrolmen through the speaker told the driver that he could go but the car would not move. When the police approached the vehicle, they saw that the driver was asleep on the wheel, reeking of alcohol.

When woken up, the driver produced his expired judge ID. As it turned out, he was a judge without authority in a local court.