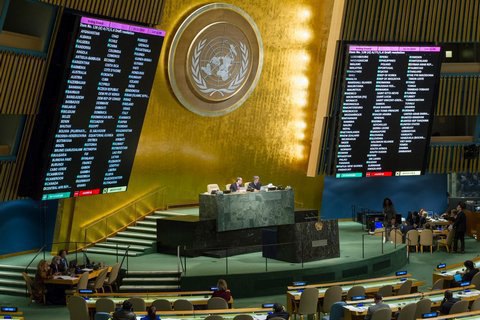 Ukrainian mission to the UN reported on Twitter Friday that the UN General Assembly on 19 December is to consider a resolution on "The human rights situation in the Autonomous Republic of Crimea and Sevastopol (Ukraine)" initiated by Ukraine.

A key U.N. committee on 16 November approved the resolution condemning Russia's "temporary occupation" of Crimea and reaffirming the United Nations' commitment to Ukraine's sovereignty over the Black Sea peninsula.

The draft resolution condemns "the abuses, measures and practices of discrimination against the residents of the temporarily occupied Crimea, including Crimean Tatars."