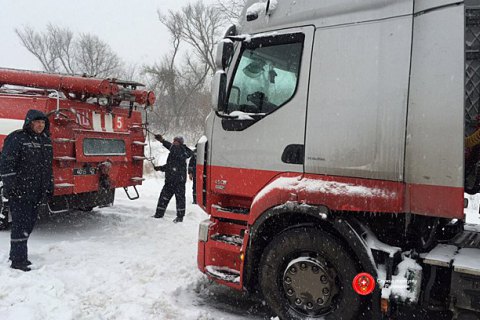 The State Service for Emergency Situations has announced restricting traffic on the roads of Vinnytsya, Ivano-Frankivsk, Odesa and Cherkasy regions.

"As of 7:00, 9 January, complicated weather conditions in the country have not resulted in any major traffic jams. However, road traffic in four regions (Vinnytsya, Ivano-Frankivsk, Odesa and Cherkasy) is limited," the service said in a press release.

According to the agency, 2,557 pieces of equipment and 3,533 people are involved in the elimination of congestions and clearing of the roads.

The service reported having freed 984 people in 354 vehicles from snow drifts on 8 January. On 7 January, over 1,000 people were released from snow captivity.

As of 7:00, five settlements in Odesa and Kherson regions remained cut from power supply.