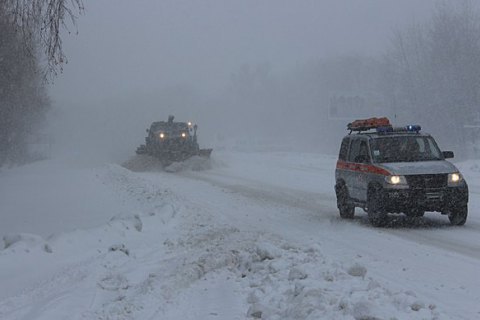 Due to the heavy snowfall on the roads, authorities of Mykoayiv regions temporarily restricted the movement of all categories of vehicles, local motorway service reported on 6 January.

"In order to prevent traffic congestion and ensure soonest clearing of roads from snow the movement of all categories of vehicles is temporarily restricted," the statement reads.

Odessa is also experiencing heavy snowfall. While city roads are cleared from snow, public transport continues to work, the Odessa city hall asked citizens to limit travels around and outside the city.

The Odessa bus station has cancelled all intercity routs; the similar picture is in the local airport.

The media reported the blocking of roads in Kherson region.

Earlier in the day, Odessa and Mykolaiv regions have limited movement of heavy trucks due to weather conditions.